Conversations among colleagues and students have started spiking around AI again. But most of these conversations fuss over the idea that machines will take our jobs.  RED HERRING!!

The conversation should be focused on ERRORS,
not jobs.

The focus on ordinary jobs is destructive and any news outlet that panders that idea is treating you like an idiot. The idea of computer besting man is one that has persisted for millennia and distracts us from the real issue with Artificial Intelligence, magnitude errors. Let’s talk bunnies for a moment. Cute, cuddly bunnies. Who doesn’t love bunnies?

Let’s start with a pair that were born in January and given as an Easter gift. Rabbits can breed monthly by the time they are 6mo. They’re cute, cuddly, and ready to reproduce in June. You’re now the proud rabbit parent to 10 kits, 5 boys, 5 girls, 12 total rabbits. By December when the June babies can reproduce for the first time you have as many as 112 bunnies. Or within the first year you may find yourself with 1412 babies hoping about. Instead of 10 rabbits noshing your perennials, you have over 1000. That’s order of magnitude error in judgment.

I see my students make order of magnitude errors ALL THE DAMN TIME. (on average ppl suck at fractions and exponents)

This article hints at it using a new model for creating replicating DNA as an example for modern computers. In my opinion, this is a model for AI development. Here’s the paragraph that inspired my ire this morning:

“…Imagine a computer trying to solve a problem is actually trying to navigate a maze. Instead of tracing one path of the maze at a time, DNA could replicate itself at every junction—and at each point in the maze incorporate new information gleaned from solving the previous step. This would let the DNA explore exponentially faster than modern computer processors. Each strand of DNA is a processor, because it’s executing the command of replicating itself with a slight variation, building another processor which can take up its mantle. Unlike our modern computers which utilize processors that are more or less permanent and can run unlimited kinds of code, these are single-use and disposable, the exact opposite.”

When you have an order of magnitude error, you can literally suck all of the – take your pick: oxygen, hydrogen, nitrogen, other essential building block – out of the system causing immediate catastrophe.

Okay, let’s talk air. For the sake of simplicity let’s call it some mix of Nitrogen and Oxygen.

Imagine we have a fluid computer that is designed to think it’s way through a problem much like these DNA computers (remember computers are no longer stationary nor solid). So they replicate at each “turn” to navigate the proverbial maze of the problem. If they are programmed to bring hydrogen to the party, each time a Generation is created a set of hydrogen molecules are added to the mix. For as long as the hydrogen can match its intended purpose, we’re fine. But as soon as the original purpose for the H is exhausted, that next Generation of H is looking for a party as the computers continue to replicate. Hydrogen and Oxygen look great together and Oxygen is often found in its stable form O2 so . . . H2O forms.

One poorly designed AI machine set and we suffocate/drown simultaneously. The Generation that created that next level of H that sought out O2 for pairing was one generation too many. The H molecule pulled the O2 out of the air thus depriving us Oxygen and simultaneously created water so we get water, possibly as rain. As humans we can’t convert the water to air immediately and boom, we’re gone. To put it in non computer terms imagine you have those two bunnies again, but in this case H is banging O2 and rather than a 30-day gestation period, magnitude events happen in microseconds, from 2 bunnies to 1412 bunnies in less than 1 second. Crushed by cuteness, literally.

The conversation around AI should focus on engineering ethics and basic math, the real challenges. This is something everyone has the capacity to understand despite the way many speak of it. Since much of the AI development comes out of organizations that consider themselves full of software engineers (little e, not E), we need to look at the clout behind that designation.

As it currently stands, a software engineer is anyone who wants to call him or herself such. There is no regulating body, no code of ethics, no oversight. No standards for conduct or design.

Real Engineers have to consider end of use scenarios. That highway bridge you drove your kids to school over is designed with it’s failure in mind so that it gets fixed/replaced/destroyed BEFORE catastrophic failure.

We don’t let just anyone build bridges, yet we allow anyone to set up shop as a software engineer any time, any where. Would you let anyone design your home? Maybe, it’s a free country – your risk. Would you let anyone design the Waste Water system that takes #1 and #2 away from your house? Probably not, your community will get more involved if you do this poorly – community risk. How about the 1/2mile bridge you cross on the way to drop off your kids at school? No, right? This is closer to system risk – failure impacts a lot of people. Different levels of risk demand different levels of engineering.

Most of the time our decisions have little consequence to the overall system. But those who build the systems can accidentally kill us if they haven’t thought through the consequences thoroughly. Thoughtful design is needed when you’re messing with system-wide consequences.

The real issue with Artificial Intelligence is that the designers aren’t that great – and I’m only addressing basically algo-level AI, the stuff we’re sitting on right now, not the “beyond human intelligence”-level that’s 10-25 years (depending on source) down the road, and there’s no way to stop them. 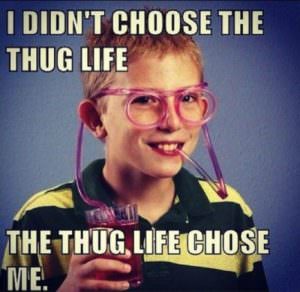